Living in the UK can be a daunting experience but doing so offers expats life in a historical and cultural country. The United Kingdom consists of England, Northern Ireland, Scotland and Wales and despite being one of the most powerful countries in the world, it is actually very small. However, despite its size, it is extremely influential in world trade, politics and economics and is a leading member of the European Union.

The UK is not only influential in politics and the economy; it also boasts a long and fascinating history, beautiful architecture and is famous across the world for its literature, music, films and of course football. The traditional English pub is replicated across the world and favorite dishes such as fish and chips and sausage and mash are very popular.

The UK as an Expat Destination

The UK boasts an excellent standard of living and if you are moving to the UK from a member of the European Union, you will find it easy to move here and find work. England is both one of the most densely populated countries in the world and one of the most multi-cultural. This ensures that wherever you are from you will have a rich experience and have the chance to meet people from all over the world. It attracts student doctors from many developing countries as well as those looking to set up businesses. There are large communities of Asians, Eastern Europeans, Americans, Australians, and South Africans who arrive in the hope of improving their lives and to experience the buzz of the country.

Education across the UK is of a high standard, and even state schools are well-regarded. There are a number of private schools which date back many years and also some world-class universities such as Oxford and Cambridge. There are many international schools throughout the UK which not only teach expat children but also teach English to short-term language students.

London is an extremely successful and popular city. It is home to the largest financial center in the world, the London stock exchange and Lloyd’s of London all of which are situated in the heart of the city. If you are in an executive position, the likelihood is that you will be relocated here. The capital city boasts an abundance of attractions for the whole family as well as a historic financial district, countless entertainment options and a wealth of (albeit expensive) housing options. Other popular expatriate cities include Manchester, Edinburgh, Belfast, and Cardiff.

The cost of living in much of the United Kingdom, especially in the big cities, is fairly expensive and while wages usually reflect this, day-to-day items will undoubtedly be more expensive than in your home country. In the 2012 Mercer survey, London was named as the 25th most expensive city in the world in which to live, a drop from the previous year’s position at 18 on the list. At 133, Birmingham moved up 17 places on the previous year, having overtaken Aberdeen (144) and Glasgow (161). Belfast (165) is the UK’s least expensive city but was up 13 places in the ranking since 2011.

Real estate in the United Kingdom saw a huge boom throughout the late 1990s, which sent prices spiraling to record highs. House prices have fallen and while it is a buyer’s market, only those with cash readily available can take advantage of the price. Property in the main cities, London in particular, is very high and many people have been priced out of these markets.

Expatriates who locate to London from many Asian countries and the United States can currently benefit from the low value of the pound against the USD. However, it is important to note the potential negative effects that this will have if you are paid in the local currency.

When moving overseas it is crucial for expatriates to have a clear blueprint of the expenses they can expect to face. If you’re considering moving to the UK, please check out our guide to living in London. It contains a detailed review of the actual cost of goods and services and will be a valuable resource for anyone who is relocating.

The language in the UK is mainly English. Welsh is spoken in some areas of Wales and a very small number or people speak the Scottish form of Gaelic. Accents and dialects vary considerably across areas of England and it can be a challenge for some expats to understand some of the forms of English that are in use.

The UK offers great working opportunities, especially for people from the EU who don’t require a work permit. People from outside the EU however, may find it more challenging to find a suitable job although some positions do exist. On the whole, more menial work can be easily secured by people with valid work permits, especially in the catering or domestic help areas. The majority of managerial jobs for expats are located in the South-East of the country, in and around London. Excellent English speaking skills are required for almost all positions.

You need to pay a tax in order to own a television. This is referred to as the television license fee.

If you are considering purchasing a property you should be aware of the practice of gazumping. Gazumping occurs when a seller agrees to an offer from one buyer but then renege on it of a higher offer is received. Gazumping is a very common practice in the UK.

Driving your car in some areas within the UK will incur a fee called the congestion charge. You pay the fee online or by telephone. Further details can be found in the city guides.

The UK has a national health service that provides health care to all UK residents free of charge. The system does, however, come under a great deal of criticism for its long wait lists and you may, therefore, wish to consider private healthcare. 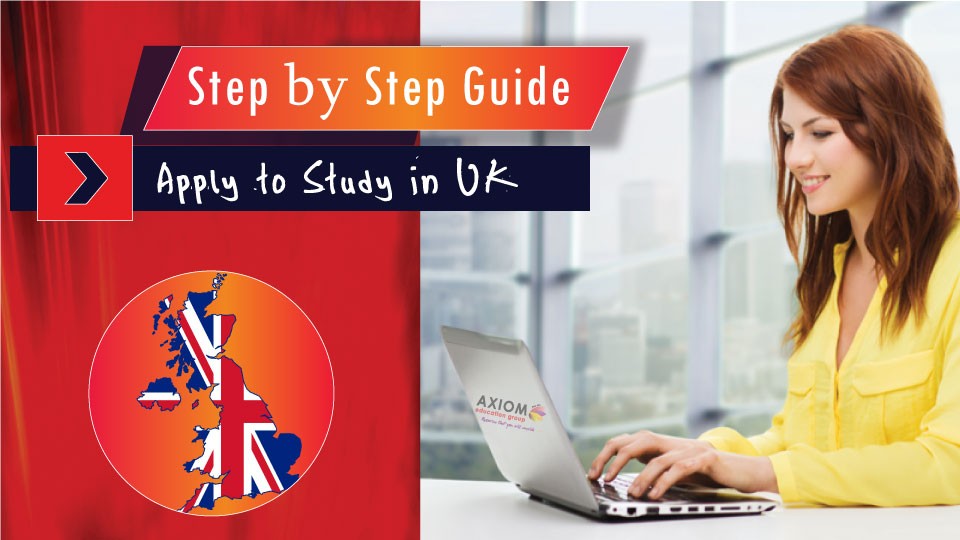 Axiom offers professional guidance to Bangladeshi students who intend to study in UK. We’ll be with you on each step from the initial general consultations to arriving in the country. 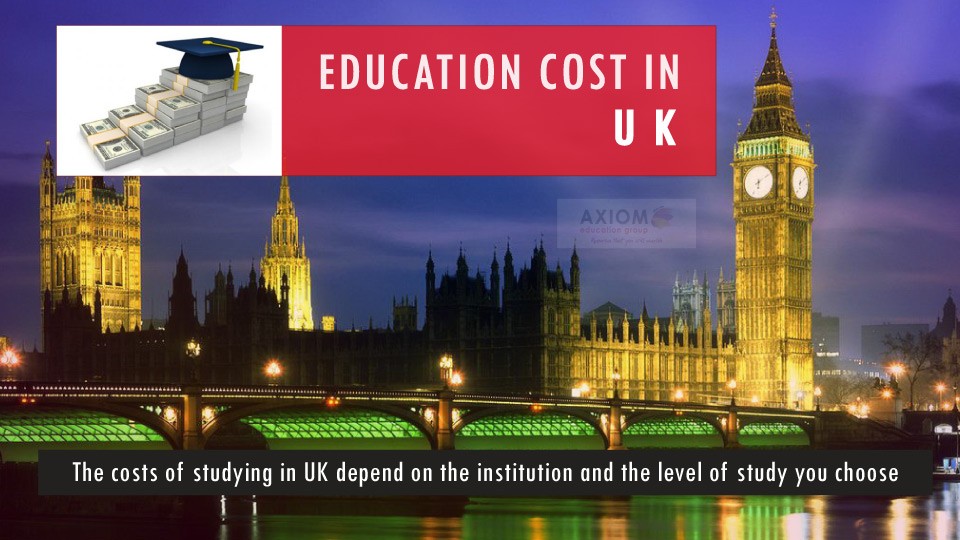 How much does it cost to study in the UK? If you are interested in studying in England, Scotland, Northern Ireland or Wales, 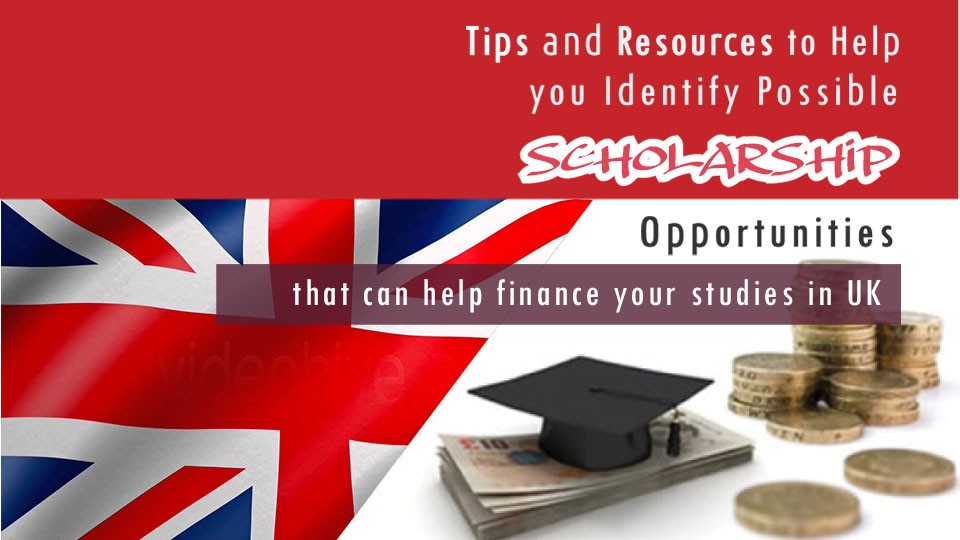 Merit and need-based fee waivers are awarded to international students. Candidate with strong academics, good performance in standardized exams and extracurricular achievements would be eligible for scholarship awards and financial assistance.