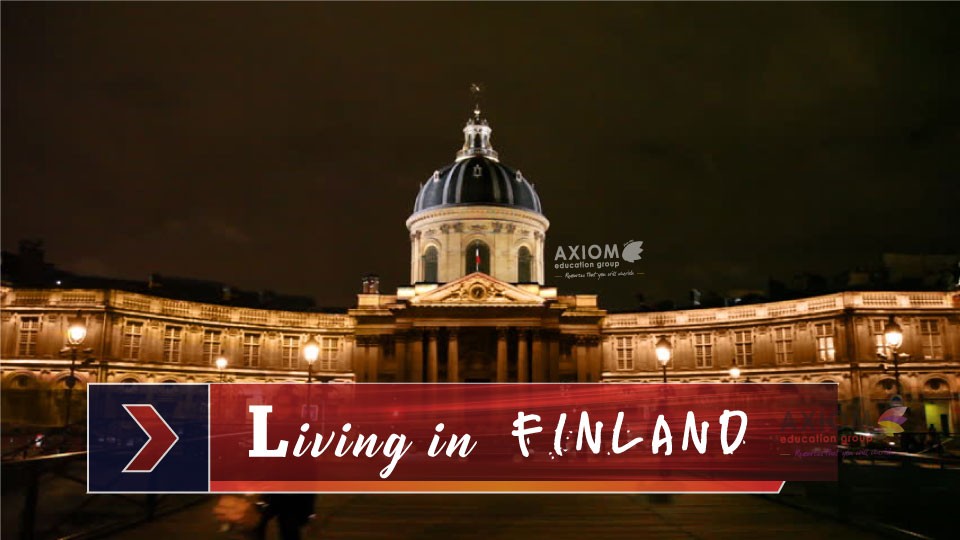 A technology-driven western market economy, Finland boasts an extremely high quality of life, with considerable (and reasonably equally shared) wealth. Located in the far north of Europe, it experiences quite dramatic seasonal variation – almost continuous daylight at the peak of summer, countered by almost complete darkness during winter. This is accompanied by a similarly diverse lifestyle; summer is an explosion of music festivals, lazing by the lake, exhibitions and beer gardens, while winter is the time to hit the ski slopes, go mountain trekking and make the most of the nation’s love of saunas.

Finland’s capital, Helsinki, is by far the largest city in the country, with a population of around 1.4 million. Located on the south coast, it’s fairly well-connected to the rest of Europe – a short flight, drive or cruise away from other major cities such as Saint Petersburg, Stockholm, and Tallinn.

From its neoclassical and Art Nouveau architecture to its multitude of colorful festivals and its busy harbor, Helsinki – World Design Capital in 2012 – is full of character and life. Helsinki As a newcomer, you may join the tourists flocking to see the city’s highlights, which include the Ateneum art gallery, ancient island fortress Suomenlinna (a 15-minute ferry ride away), the iconic Helsinki cathedral, and the impressively imposing architecture of Senate Square. Having settled in, you’ll have time to choose your favorite among the city’s many cafés, sample the locally caught seafood, and join in with annual events such as the Flow music festival, the traditional Baltic Herring Fair, and Vappu – a May Day celebration particularly popular with students.

Helsinki is home to Finland’s two highest ranked universities, the University of Helsinki and Aalto University, and several others. Its strong universities and high quality of life earn it a place among the world’s top 75 cities for students, as featured in the QS Best Student Cities.

Around 160km west of Helsinki, Turku is a former national capital, and its historic importance can be seen today in its impressive cathedral and medieval castle. Its roots can be traced back to the period just after the end of the Viking Age, making it the oldest city in Finland. For the most part, however, Turku has a very contemporary feel, due in part to the extensive damage caused by a fire in the early 19th century. Celebrated as a European Capital of Culture in 2011, it has plenty of museums, galleries, and festivals to explore, and is also the official “Christmas City of Finland” the perfect study location for anyone who can’t get enough of festive markets and winter celebrations.

Turku is home to the second- and third-oldest universities in Finland: the Swedish-language Åbo Akademi and the University of Turku, which is the country’s third entry in the QS World University Rankings.

Located much further north, on the west coast, Oulu is another popular destination for visitors to Finland, with an attractive city center spread across several islands and connected by pedestrian bridges and well-used cycle paths. It’s the fifth most populous Finnish city and is known for its lively and diverse music scene, with annual events including the Oulu Music Video Festival and the Air Guitar World Championships (no, really). Oulu is also well known as a leading center for technology, with talented professionals from around the world coming to work in the region’s research centers and science parks.

Those considering studying in Oulu for more than a few months should be prepared for a pretty severe winter; the city’s subarctic climate means an average annual temperature of just 2°C (36°F). The University of Oulu is Finland’s sixth-highest entry in the international rankings.

Back down towards the south of the country, Tampere is situated between two lakes, connected by the Tammerkoski Rapids which run through the city center. The power provided by these rapids led to Tampere being at the heart of Finland’s industry in the 19th century (leading to the nickname ‘the Manchester of Finland’).

It’s the third most populous urban area in Finland, but the city center is reasonably compact and walkable, with plenty of cafés, pubs and cultural venues to keep its sizeable student community entertained. The University of Tampere is ranked among the world’s top 600 universities, and the city is also home to several other higher education institutions.

Around 260km to the north of Helsinki, Jyväskylä is part of the country’s “Lakeland” area, and like most inland cities in Finland, is located on the edge of a lake. It was the home of famous architect Alvar Aalto, whose creations are in evidence throughout the city. Aalto’s masterpieces include several buildings belonging to the University of Jyväskylä, Finland’s fourth-highest entry in the QS World University Rankings. 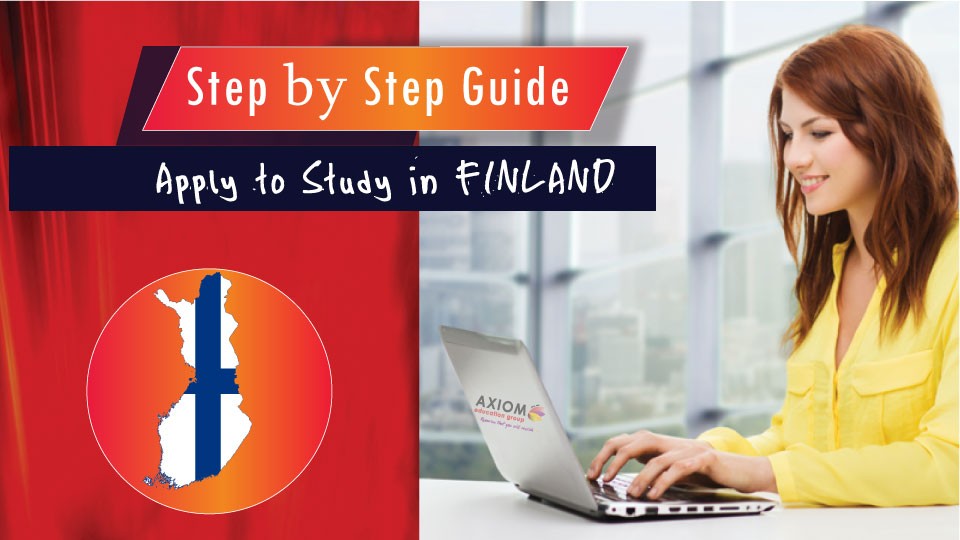 Axiom offers professional guidance to Bangladeshi students who intend to study in Finland. We’ll be with you on each step from the initial general consultations to arriving in the country. 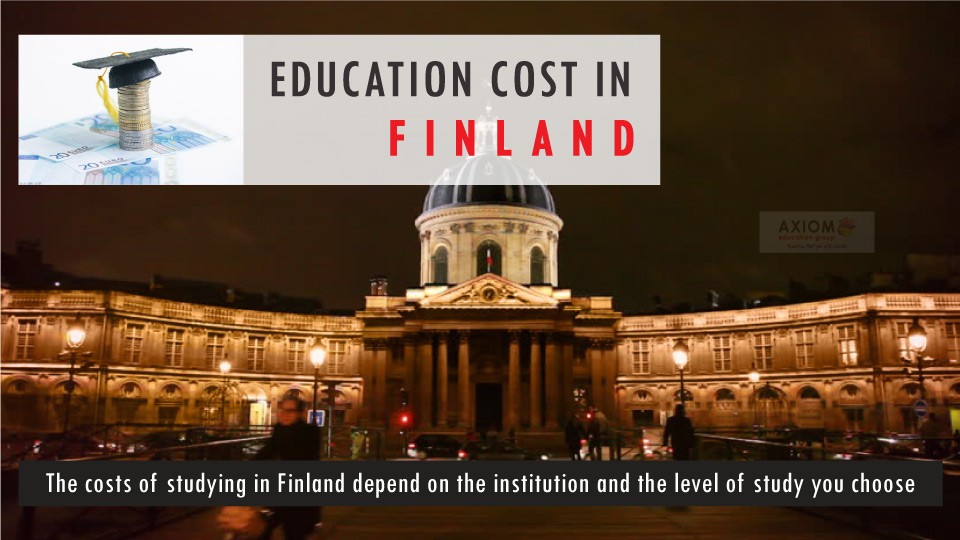 Bangladeshi student required to pay tuition fees for bachelor’s and master’s level programmes which are taught in English. Some exceptions may apply. 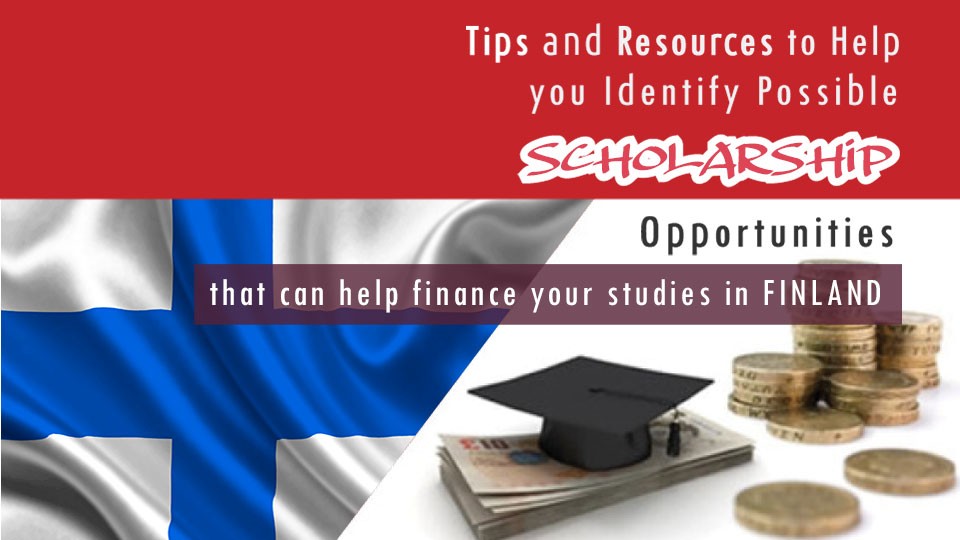 Planning a budget for your time in Finland is an important part of preparing for the journey ahead. Universities offer a range of options for scholarships both for bachelor’s and master’s level international students. 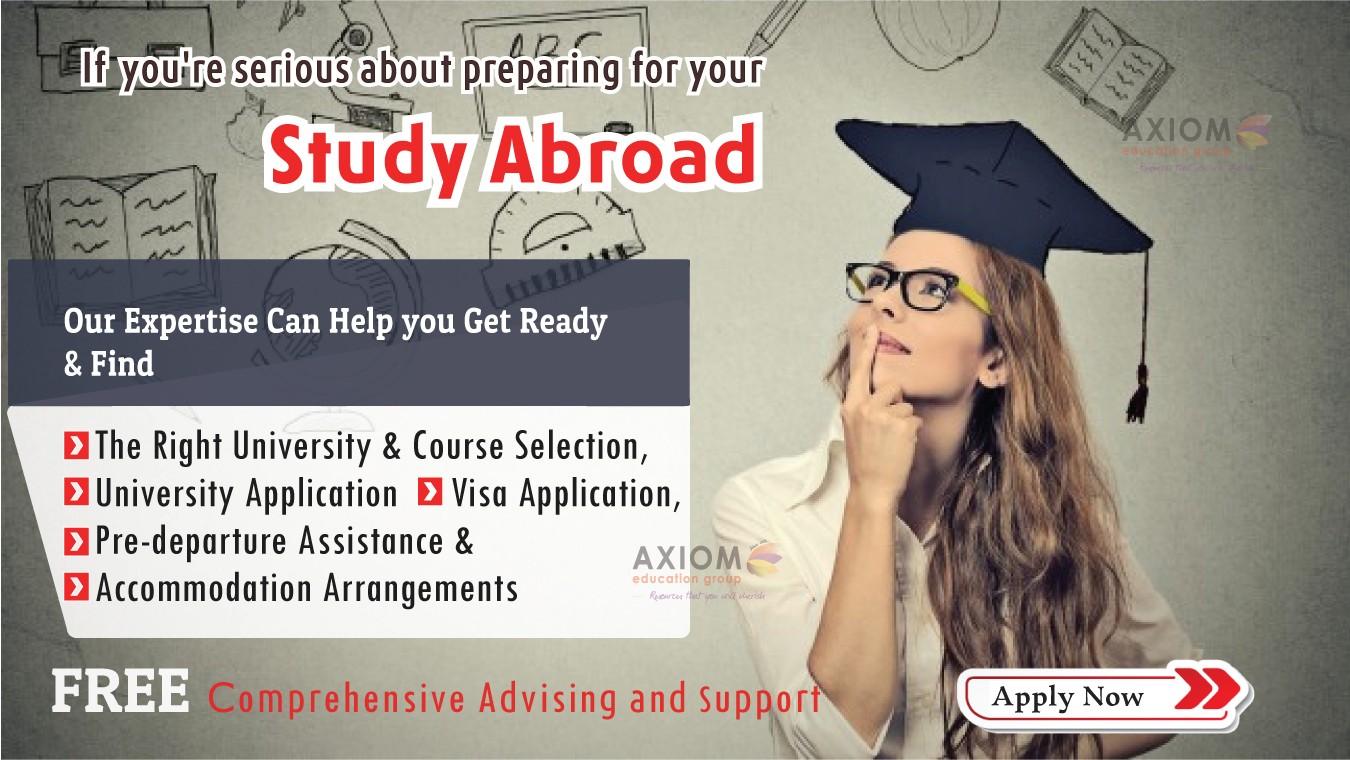