Living in Canada can be a life-changing experience. It is a nation that boasts beautiful countryside that is interspersed by modern cities. It is a popular living location with people who are looking to bask in natural beauty whilst enjoying all the modern conveniences that are found in the Western world. Canada is also frequently ranked number one in the United Nations annual Human Development Index, which considers factors such as job opportunities, quality of schooling, life expectancy and cost of living. It has one of the strongest economies in the world and is a member of the G8, the world’s most prosperous nations.

Whilst Canada covers a vast area, the majority of people live in cities that are positioned within 200 km of the US border, leaving the larger part of the country less inhabited. Northern and Western Canada are popular with nature lovers from across the world and these areas are also home to the last Inuit (Eskimo) communities.

Canada as an Expat Destination

Canada was originally inhabited by first nation aboriginal tribes and it wasn’t until the 17th and 18th century that the Europeans started to establish settlements there.

Canada remains part of the British Commonwealth and is subsequently very popular with expats from both the UK and France. However, despite its European background, Canada shares much more economic and social similarities with the US and for this reason, it is highly popular with US expats who are looking for experiences outside their home country.

Today Canada’s strong economy means that they are able to accept more immigrants from around the world than any other western nation (per capita) and for people from the US and UK the legal requirements for living in Canada and gaining acceptance are relatively straightforward in comparison with other places in the world.

The Canadian government has demonstrated a willingness to employ foreign workers and have historically been quick to recognize that skilled immigrants are important to the growth of the Canadian economy.

The majority of expats living in Canada find work through insurance, catering or production industries and there tends to be good availability of office jobs for expats. In past Canada has suffered from a deficit of skilled engineering candidates and for this reason, expats who work in the field of project management, process and engineering are in higher demand. The unemployment rate in Canada, as of September 2009, was 8.4%. At present, the country is experiencing a shortage of positions for students but rises are being observed in the retail and wholesale trade sectors.

It is worth noting that some expats are legally able to work in Canada without a work permit, a list of exempt occupations can be found at http://www.cic.gc.ca. The Government of Canada website also provides useful information on moving to Canada as a foreign worker http://www.workingincanada.gc.ca/content_pieces-eng.do?cid=1

Get to know Canada

Canada may be very different from your home country, which means there is a great deal to learn about and explore before you go there. These pages below information will introduce you to important features of this country, such as the Canadian climate and way of life.

Canada is the second largest country on earth and has three ocean borders:

the Pacific Ocean in the west;

the Atlantic Ocean in the east; and

the Arctic Ocean to the north.

Canada also borders the United States in the south and in the northwest. Canada has many different types of landscape. There are areas with high mountains, different types of forests, prairie grasslands and arctic tundra where the ground is permanently frozen. Canada is also home to many rivers and lakes.

In Canada, there are four different seasons: spring, summer, autumn (fall) and winter.

Summer lasts from around June to September and the weather varies from warm to hot, with daytime temperatures between 20 and 30 degrees Celsius or Centigrade (68 and 86 degrees Fahrenheit) or higher. In southern Ontario and Quebec, it can often be very humid.

Fall and spring are transition seasons, which mean the weather starts getting colder or warmer, and there is a lot of rain.

Winter is very cold in most places with temperatures often below zero degrees Celsius. Snow covers the ground from around December to March or April. In southwest British Columbia (around Victoria and Vancouver), rain is more common in winter than snow.

You may be quite surprised by the cold and snow during your first Canadian winter. Be sure to buy a winter coat, boots, gloves, and a hat to keep you warm. With the right clothing, you will be prepared to enjoy the unique beauty of a Canadian winter.

Most people live in southern Ontario and Quebec, southwest British Columbia and Alberta. Much of the north has a very low population because of the cold climate.

“Aboriginal peoples” are people whose family lived in Canada before the arrival of European explorers, pioneers, and settlers. There are three different groups:

“French Canadians” are the descendants of French settlers and include Acadians, Quebecers and people in smaller French-speaking communities across Canada.

The Acadians are descendants of French colonists who settled 400 years ago in what is now the Atlantic Region.

Quebecers (“Québécois” in French) live in Quebec. Most are French-speaking descendants of French settlers from the 1600s and 1700s who brought with them the traditions of French civilization. Quebecers maintain a unique identity, culture, and language. In 2006, the Canadian Parliament recognized that the Québécois form a nation within a united Canada. One million English-speaking Anglo-Quebecers form an important part of Quebec society.

Most “English Canadians” are descendants of English, Welsh, Scottish and Irish settlers, soldiers and migrants who came to Canada from the 17th to the 20th century. Generations of these pioneers helped to bring British political institutions and traditions to Canada.

Most Canadians were born in Canada and came from the original founding peoples. However, over the past 200 years, many newcomers have helped to build and defend this country’s way of life. Today, many ethnic and religious groups live and work in peace as proud Canadians. Until the 1970s, most immigrants came from European countries. Since then, the majority have come from Asian countries. Approximately 20 percent of Canadians were born outside Canada. In Toronto, Canada’s largest city, this number is over 45 percent. Immigrants like you are a valued part of Canada’s multicultural society.

Canada has two official languages: English and French. You can get all official federal government services, publications, and documents in both languages.

Service: which includes jobs in:

Manufacturing: which makes products, such as:

Natural resources: which includes jobs in:

Canadian citizens and residents have rights

It is important for you to learn about your rights and duties in Canada. You should also know how important the Canadian Charter of Rights and Freedoms is to what we believe and how we live in this country.

The Charter protects your rights

The Canadian Charter of Rights and Freedoms is part of Canada’s Constitution and protects you from the moment you arrive in Canada. It sets out the values that Canadians live by and describes the kinds of personal human rights and freedoms we can expect in this country. Some of those rights and freedoms include:

The right to life, liberty, and personal security

Freedom of conscience and religion

Freedom of thought, belief, opinion and expression, including freedom of the press and other media

Protection from unreasonable search or seizure and unjustified detainment and imprisonment

The right to be presumed innocent until proven guilty

The right to retain and instruct counsel (a lawyer) without delay

The right to a fair trial, through due process of law

The right to equal protection and benefit under the law, without discrimination

If you wish to apply for an immigration visa for living in Canada make sure you plan well ahead; they can take up to three years to process.

If you do successfully secure an immigrant visa there is a large amount of paperwork that you will be required to produce when you first arrive in Canada. You will need evidence that you have sufficient funds to cover all your living costs for at least six months, a detailed list of ALL the personal or Household items you are bringing with you in your luggage and a further list of all those that will be following by shipment.

Even though British Columbia is renowned for its marijuana culture, it is actually an illegal substance in Canada. While there are special bars and restaurants where smokers can go it is unwise to flaunt it.

Axiom Info Desk guides available for living in Toronto and living in Vancouver. An axiom immigration expert guide contains everything you need to know about living in a Canadian city and will assist you to:

Settle into your new life quickly and easily and find the help and assistance you need, when you need it.

Identify areas to live in that suit your lifestyle and budget.

Find schools that are suitable for your children and their learning needs.

Ensure that your family gets the most out of their experiences abroad.

Prepare for the new culture in advance and avoid any cultural traps.

Deal with any transition challenges. 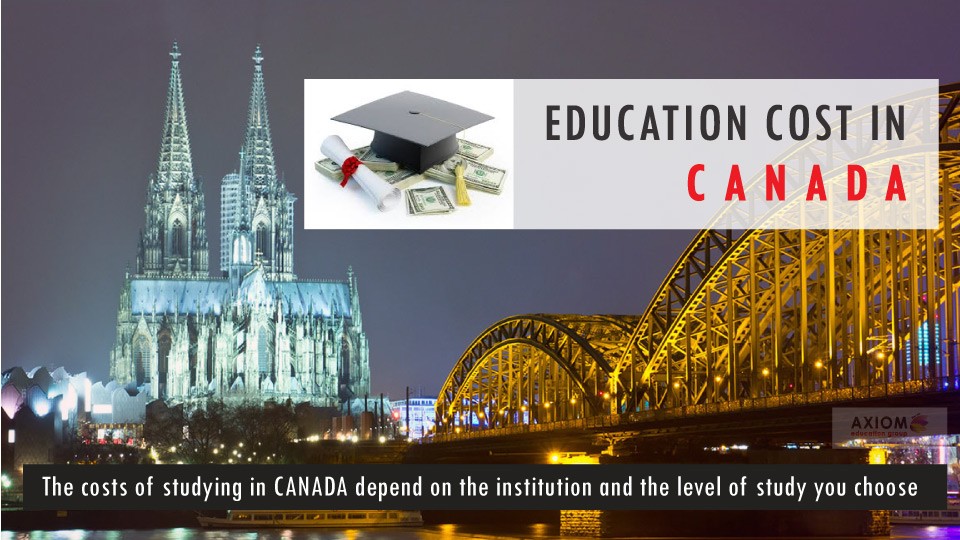 Canada is one of the world’s most popular destinations for international students, offering a diverse variety of experiences and opportunities in a country known for its vast expanses, multicultural cities, and natural beauty. 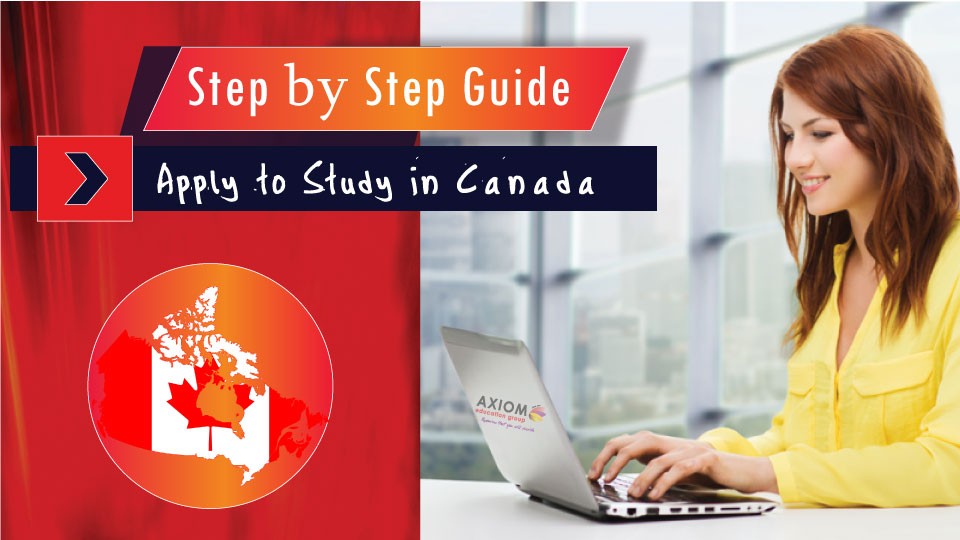 Axiom offers professional guidance to Bangladeshi students who intend to study in Canada. We’ll be with you on each step from the initial general consultations to arriving in the country. 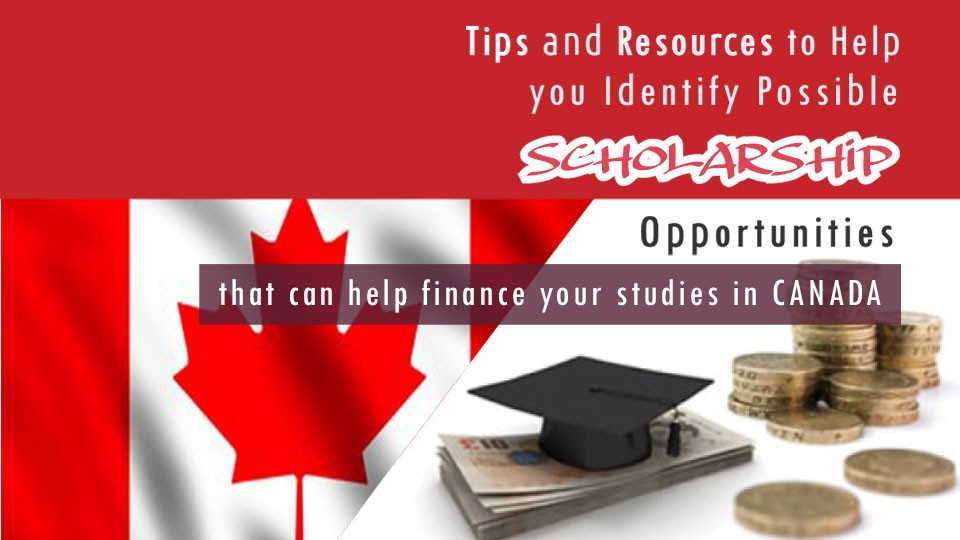 Scholarships are non-repayable financial awards. They are generally allocated to students with outstanding academic achievements, although some also recognize volunteer and work experience.