Living in Australia can be an amazing experience. Although it is the sixth largest country in the world at over 3 million square miles, it is only home to 21 million people, which ensures that natural beauty dominates over suburban landscapes (especially out of the main cities). The country boasts a diverse range of wildlife and nature and there are many species of animals and plants indigenous only to Australia. The pristine beauty of the country’s wilderness coupled with the abundance of wildlife is part of the country’s attraction. Life expectancy is high and stress is relatively low when compared with other countries in the world.

Australia as an Amazing Destination

Founded by immigrants from the UK (many of whom were convicts), the population has grown significantly. Today, Australia is extremely multicultural and encourages controlled immigration from Europe and the US. The 1960s saw the country actively promoting immigration from abroad with many British families being offered incentives to move there; as long as they were white. People of ethnic backgrounds were restricted to emigrating because of the ‘White Australia’ policy. Luckily, however, this was abolished in 1973 and ever since then the country has become increasingly cosmopolitan. Today, Australia remains a very popular expat destination and is considered to be one of the best places in the world to live because of its low population density, high standard of living and the unpolluted atmosphere. According to the Human Development Index (HDI), Australia is ranked 7th out of a total of 174 countries with this ranking being based upon high scores in GDP, life expectancy, literacy, and education. It is perhaps due to these reasons that Australia is so popular with people who are moving overseas.

Expatriates moving to Australia from Europe will generally find that the cost of living in Australia to be relatively high when compared with that of their home country and in recent months this has continued to rise at a breakneck pace. The 2012 Mercer Cost of Living Australian cities continue to rank high on the list in the Asia Pacific region and, following the strengthening of the Australian dollar, have all experienced further jumps up the global list since last year. Sydney (11) and Melbourne (15) experienced relatively moderate jumps of three and six places respectively, but Perth (19) and Canberra (23) both jumped 11 places. Brisbane (24) rose by seven places, and Adelaide (27) shot up 19 places. In addition to facing high living costs in Australian cities, expatriates may also find that they are paid less and face higher tax bills here. In terms of purchasing power parity, Australia provides its residents with a similar level as that available in Japan and higher purchase parity than the United Kingdom and Singapore.

English is the official language spoken in Australian and you will have no problem communicating or conducting business when moving to Australia if you speak English. The population consists mostly of Caucasian (92%) and Asian (7%) with Aboriginal and other cultures accounting for just 1%.

Australia is so large that it actually experiences an extremely varied climate; different parts of the country experience different weather patterns. Northern Australia is tropical, with hot and humid weather and seasonal monsoons. In contrast, Southern Australia experiences a temperate climate with distinct seasons. Summers are long and hot while winters are cool and occasionally wet. Western Australia is hot and dry in the summer and cools in the winter with temperatures often falling as low as 7 or 8°C. Rainfall is low throughout the country which is why there is often a danger of bushfires. Because of the diversity in climates, there will be a weather pattern to suit virtually everyone; another reason why Australia is so popular. However, because the climate does differ so much, it is crucial that you research any city that you are considering relocating to carefully in order to ensure that you find a climate that suits you.

Even in today’s economic crisis, unemployment is low. There are plenty of jobs of all levels available to those who want them. However, it is becoming increasingly difficult to gain work permits and residency if you are moving to Australia from overseas. Immigration policies have become a lot tighter over the last decade and most people looking to move and work need to be able to offer a skill in order to gain a work permit. Retirees will be given visas if they have enough money and if you have sizeable savings, regardless of how old you are, you will have no problem.

If you have yet to secure work it is useful to consult with a careers adviser. Australian based advisors will be in a position to advise you of your job prospects in the region and whether or not your own skills and experiences will be in demand in this country. The following may be of use:

It is advisable that if you do choose to conduct your job search in Australia itself, that you ensure that you have sufficient funds to survive at least six months without a paid income. Once in Australia you should visit The enter link, a government approved job search network: http://www.centrelink.gov.au/internet/internet.nsf/individuals/work_index.htm.

For full details of the necessary visa requirements and application procedures for moving to Australia and obtaining work, please see the destination guide.

1. While some companies and corporations offer maternity leave at their own discretion, there is no national maternity leave in Australia.
2. Expats are strongly advised to pay for health insurance. This costs in the region of $60 USD or BDT 4800 per month and does not include optical or dental care.
3. Banks charge a monthly fee for a bank account (approximately $4 USD or BDT 320 per month), you are charged for branch withdrawals (approximately $3 USD or BDT 240 each time) and you don’t earn any interest on the majority of deposits.
4. Pets entering Australia will need to be placed into quarantine for a period of up to 120 days and some breeds of dogs are not eligible for importation into Australia at all.
5. Depending upon where you obtained your original driving license you may need to re-sit your driving test in Australia before you are permitted to drive there. 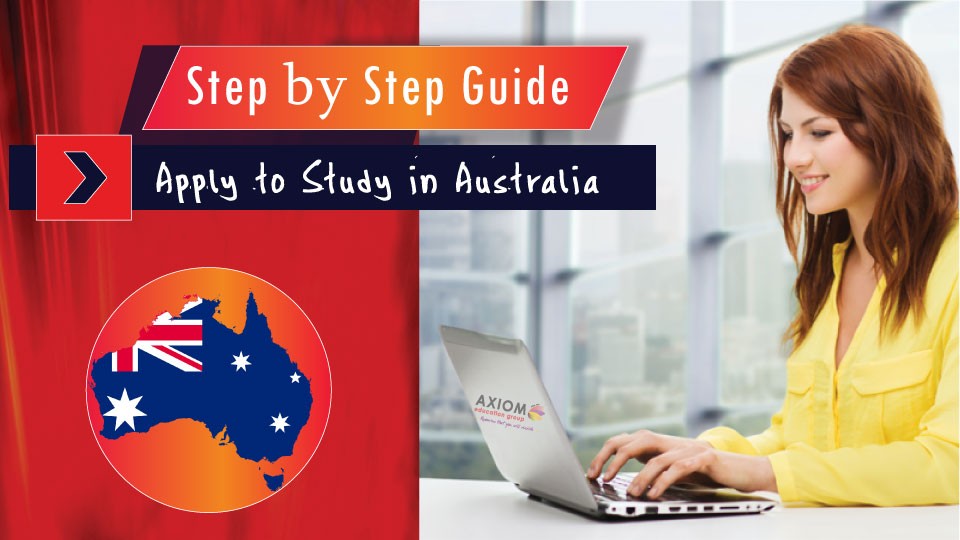 Axiom offers professional guidance to Bangladeshi students who intend to study in Australia. We’ll be with you on each step from the initial general consultations to arriving in the country. 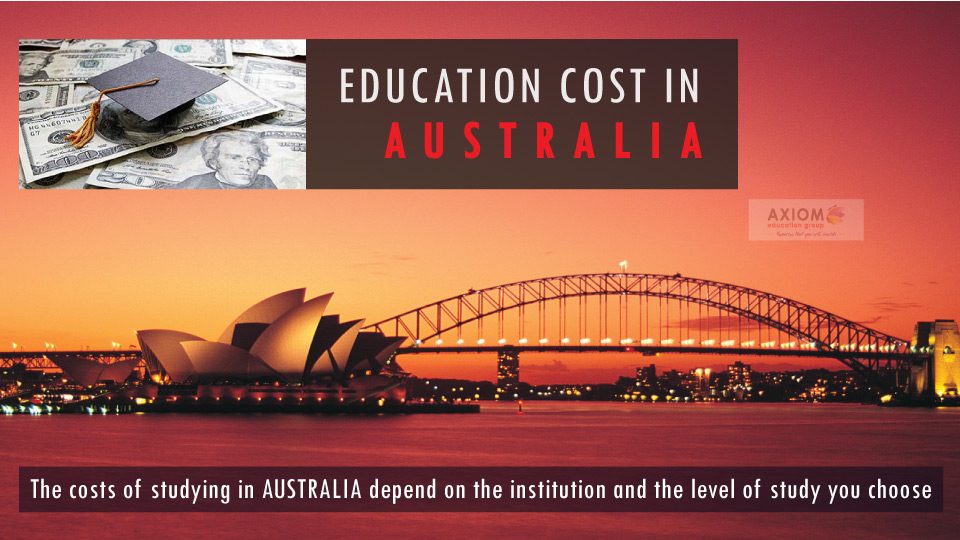 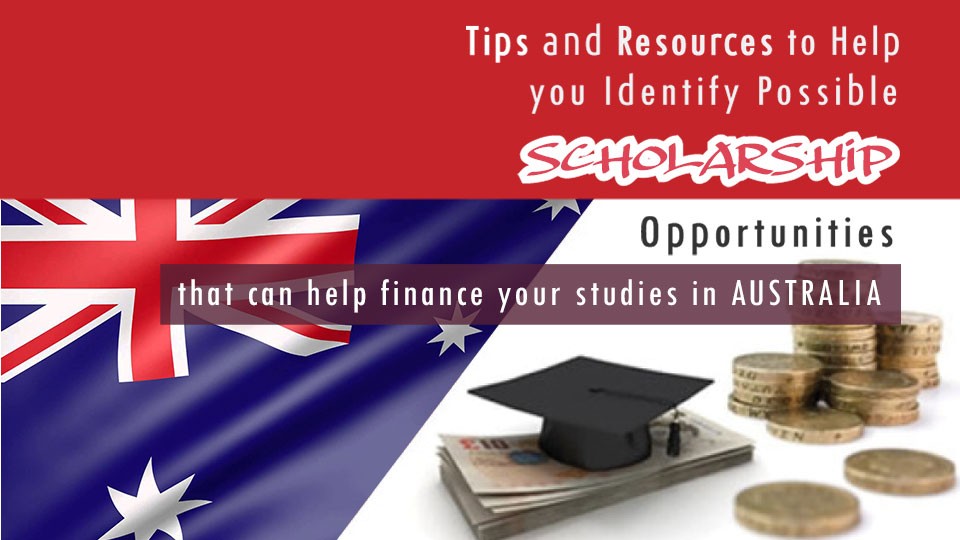 There are many scholarships, grants, and bursaries which can help support you financially with your studies in Australia. They are offered by the Australian Government, education institutions, and a number of other public and private organizations.